TIME TO SAY GOODBYE AND THANK EVERYONE

It's summertime. It's time to have fun and joyful rest. I've enjoyed working, learning and having a peaceful ending to a long and interesting professional job. Just like in times of Covid-19, nothing is going to be the same from now on.

I want to imagine I'll have time for myself. Time to meditate and walk, to read more and write slowly. Perhaps time to learn another language or do some kind of volunteering. Maybe I'll be able to do everything I wanted to do all my life. Maybe I'll just sit and observe.

Emmanuel Kelly was born and abandoned into war-torn Iraq. He was raised at an orphanage before he was adopted and brought to Australia for life-changing surgery. His passion for singing, for life, and for "dreaming big" in the face of huge/big obstacles, led him to achieve his dream of becoming a singer.

Posted by Gabriel Gerrikagoitia at 12:18 No comments:

Leonard Cohen was born on September 21, 1934, and died on November 7, 2016. He was a Canadian singer, songwriter, musician, poet, novelist and painter.

Posted by Gabriel Gerrikagoitia at 11:21 No comments:

The Basque striker Aritz Aduriz has said goodbye to his 20-year career. Doctors, he said, had told him he needed a rip replacement "to go about my everyday life as normally as possible."

He is 39. His career as a striker stretches back almost two decades. Far longer than he had ever thought possible last summer he decided this would be his final season. "IT feels like closing a circle, retiring at the same place where I started out," he said. " I've been very fortunate."

A derby between the two biggest clubs in The Basque Country would be the perfect way to leave. But two weeks later, the game was postponed, indefinitely. " Football is people", he said. " It is the fans. We are nothing without the people. A game without anyone there is a different sport".

Back in August, Barcelona came to Bilbao for the first game of the Spanish season. For 87 minutes, Aduriz sat and watched from the bench. A minute later, Aduriz paused, the wily veteran proving to the young defender that sometimes stillness is as effective as speed. Stopping his run bought the space he needed. He contorted his body, propelled himself into the air and swung his right foot.

Nine months later, Aduriz still insists he cannot adequately describe the feeling. What he remembers, from that moment, is the celebration. "It was very emotional, to see them jumping around," he said. He blew a kiss into the sky (to his family). When he returned to the changing room, his teammates stood to sing his name.

The bond between Athletic's players and its fans is an uncommon one. The club is an exception in the hyper-globalized marketplace of the world soccer in only recruiting players born or raised in The Basque Country.

Athletic was his one true love. "success is important", he said. "But it is as important that people remember you".
Posted by Gabriel Gerrikagoitia at 10:20 2 comments:

Impressionism can be considered the first distinctly modern movement in painting. It started/developed in Paris in the 1860s and its influence spread throughout Europe and finally the United States. Its originators were artists who rejected the official exhibitions. The impressionists aimed to capture the momentary, sensory effect of a scene - the impression objects made on the eye in a fleeting instant. To achieve this effect, many Impressionist artists moved from the studio to the streets and countryside.

Posted by Gabriel Gerrikagoitia at 09:30 No comments:

THE BEAUTY OF NATURE

Watch this breathtaking video and relax. Take your mind to that wonderful place and enjoy the blessings of our Mother Nature. Take a deep breath and forget about the problems you may have for over two minutes or so. Appreciate the pictures and feel the peace in you.
(Soon coming... a new question)

This tiny ball of fluff with an impossibly long tail, has almost doubled in numbers since the 1980s. These flying lollipops flit from one tree to the next, pause, grab an invisible insect, and then move rapidly on.

They have sociable habits: youngsters from a previous brood will often help their parents raise the next one, in what scientists call "co-operative breeding". You never see a lone long-tailed tit. One is always followed by another, then another, until a host of them are flitting around you, seemingly fearless.

Posted by Gabriel Gerrikagoitia at 09:33 No comments:

This Simon Cowell reality show brings another big hit for ITV. Singers, dance troupes, impressionists, performing dogs, magicians, and other variety acts audition for judges, and hoping to beat the buzzer. The best acts go through to a week of live shows, with the winner performing at the Royal Variety Show.

Posted by Gabriel Gerrikagoitia at 09:24 No comments:

Email ThisBlogThis!Share to TwitterShare to FacebookShare to Pinterest
Labels: britain, children, got talent

We start again. We are ready to work hard from home this time. It's not the same. We want to see each other. We want to walk, run, laugh, speak...We want to live and feel the spring outside, too. Anyway, soon we'll be able to enjoy an ordinary day, the usual routines...Let's do our work in a different way. Let's enjoy life anyway!

Posted by Gabriel Gerrikagoitia at 10:56 No comments:

LIBERA: WHAT A WONDERFUL WORLD

The distinctive sound of Libera has travelled the world in the last few years. Their recordings hold in top-tens alongside major artists like Bocelli. The music they produce is truly extraordinary. These are truly sounds to lift the soul. Celestial sounds for a new time.

The following song - What a Wonderful World - remembering the victims of child labour in the past and many still suffering today.

Posted by Gabriel Gerrikagoitia at 12:01 No comments:

MY FUNNY FRANKENSTEIN (FACE TO FACE) 2018

MONTHS OF THE YEAR

DAYS OF THE WEEK

WHAT TIME IS IT? 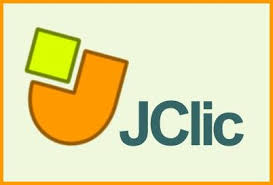 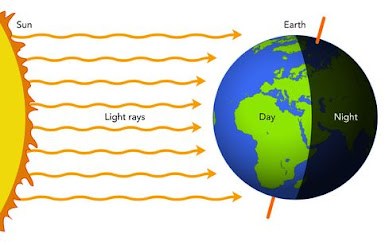 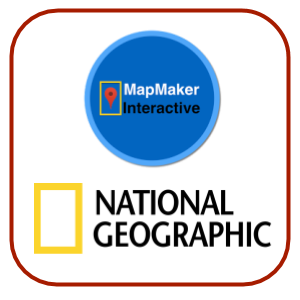 WE ARE THE LIONS FROM BILBAO